Why is Panama straw so extraordinary?

Why is Panama straw so extraordinary? :

Why is Panama straw so extraordinary?

It's believed that the Ecuadorians have been weaving Panama hats for over 7000 years - a truly ancient craft.

When the Spanish conquered Ecuador, they saw the priests wearing hats of such incredible fineness they assumed it must be vampire skin, so they burned them. They named this plant the Toquilla Palm, and so began the Western world's relationship with this sacred plant. The original Panama hat was birthed.

Revered as a master plant, it gave the ancient Mayans clothing (shoes, skirts, belts, bags, hats, umbrellas), food (fruit, leaves, roots), housing (walls, roof, furniture and flooring), medicine (ayahuasca, antiseptic, coagulant) and abundant packaging - as it still does today. When clearing fields, farmers always leave the Toquilla palm in place and use it in their daily life. There is no other plant in their world more useful than Pumapuna.

Hemp would be the closest equivelant we have in the West. 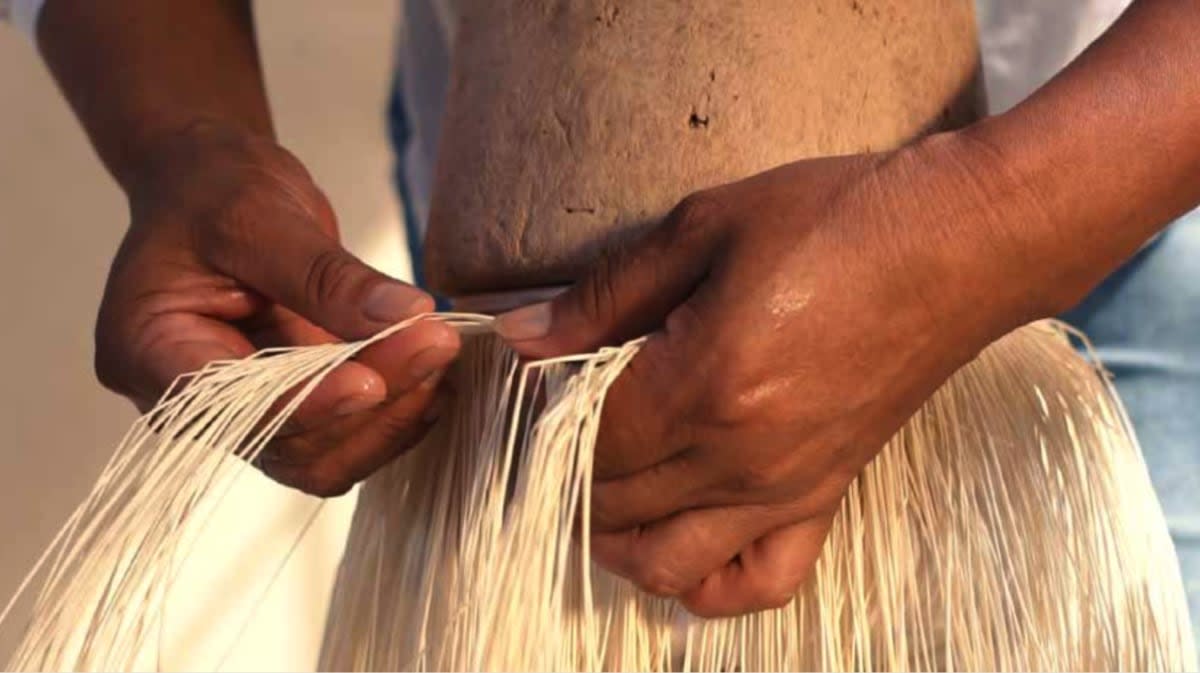 The Toquilla straw is known across the Americas by many names; Pumapuna, Uttuvo, Lisan, Bombonassa, Pagoma, Jipijapa and Carludovica Palmata. Astoundingly eco-friendly, Pumapuna is harvested with the moon cycles and deliver abundant crops for over 30 years. For decades other countries have tried to grow it commercially to undermine the Ecuadorian artisans. Thankfully, the artform has remained in Ecuador, and continues to be woven by the descendants of more than 800 generations of weavers.

Other countries in South America weave using the same straw, but it is typically an inferior imitation. Here is a guide to recognising if it is a real Panama hat or a fake.

Pumapuna supports the lives of hundreds of millions of people, across the whole of South America, and creates the most beautiful, ethical, natural hats on the planet. By purchasing a Panama you are supporting the traditional lifestyle of an ancient plant and its people.

When I started Truffaux, deep in my heart I knew that the more hats I put out into the world, the more I supported this ancient craftand its people. Life would be breathed back into this magnificent tradition.

Pumapuna - we love and honour it.